Colorado is recognized as one of the leading pioneers in marijuana legalization and has made significant strides since the Medical Use of Marijuana Initiative (Amendment 20) kicked off in 2000 and recreational marijuana successfully passed in 2012 (Amendment 64) with sales opening in 2014. All jokes aside, Colorado’s cannabis industry is a blooming one where revenue exceeds more than $1.9 billion in 2020, growing more than $1.75 billion in 2019. Retail is often the face of the cannabis industry; however, storefronts are fueled by grow facilities across the state. Delineated by different classes or tiers, these facilities are licensed and heavily regulated; and many are in need of the professional services BG provides. Ascend Cannabis Grow Facility is located west of Pueblo in open rangeland. BG is working with the owners’ passion to operate the greenest grow facility with precision environmental controls. BG was retained by Economy Air-Conditioning & Heating, the mechanical sub-contractor, to help concept and design systems for the multi-building site – (10,000 SF existing building, 5,000 SF utility building, and 33,000 SF new cultivation building with a 13,000 SF indoor cultivation area and 20,000 SF of greenhouse space).

There were several challenges at the existing site including 1) limited electric utility service sized at 75kVA; 2) well water was near capacity and required filtration and treatment for optimal production; 3) gas heating systems were fed by propane tanks requiring frequent refilling; and 4) two diesel generators powered lighting systems that were intensive to maintain, operate, and failed often. The latter routinely damaged the components because of poor power quality. In the end, the environmental and lighting system failures caused potential costly and time-consuming detriment to the horticultural lifecycle. Expansion of the existing site to support larger operations required more water and a larger, more reliable energy source. Marrying the owner’s desires of a sustainable facility and solving existing conditions, BG served in a lead MEP design role. This included coordinating with a myriad of consultants, designers, equipment manufacturers, and vendors to develop a trigeneration system concept, which is where electric generation systems also provide heating and cooling, all from one source.

Plant power system reliability is provided within the modular array arrangement with a backup boiler and redundant pumping strategies. Power capacity is monitored and if it approaches peak, lighting systems will dim to reduce load on the array. The multiple chillers provide part capacity in the event of component failure, and the chilled water system is also equipped with integrated water-side economizing for pre-cooling of return water. Site water systems were enhanced with an additional well, and secondary treatment systems, configured for crossover (allowing partially treated water flow in the event of well or treatment system failure), and collected into on-site (treated) water storage tanks. The cleaned water is distributed to the building systems. 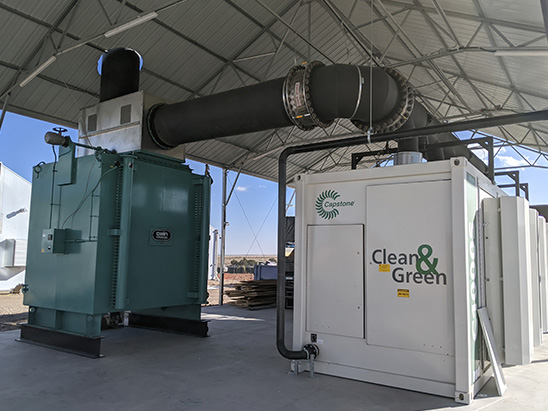 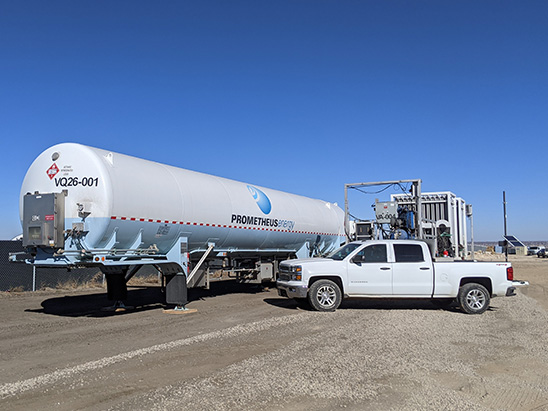 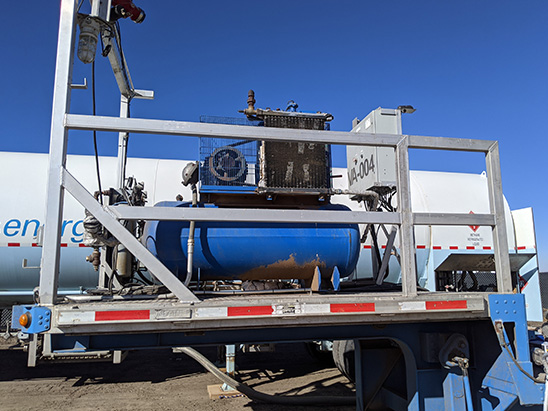 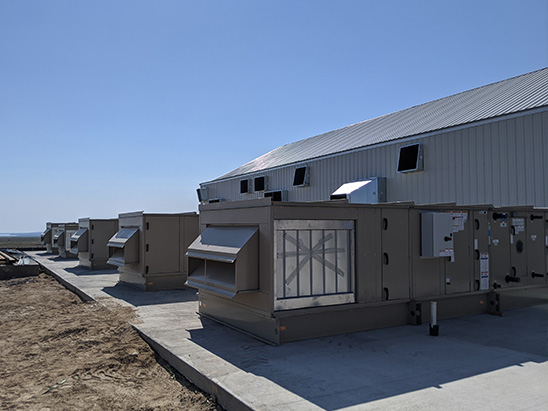