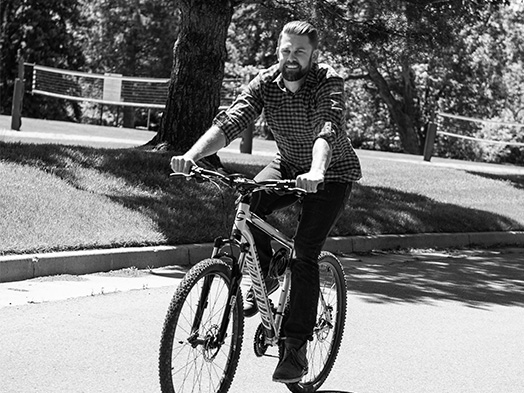 “If you want to be inclusive, don’t be exclusive.”

A native of Illinois, Brian spent time in the military before heading off to the University of Colorado Boulder to earn his degree in electrical engineering. With a plethora of world experiences and exposure to invaluable lessons in one of the world’s most highly-organized organizations, Brian blends his passion to solve problems with his outgoing personality to build client relationships. Driven by a focus on the big picture, Brian is guided by letting the small things go and remembering what truly matters. These are great tools to possess as he works as an electrical engineer and helps manage projects for BG Buildingworks.

A tropical destination comprised of several ring-shaped atolls dance in Brian’s head as the place to go before he dies. Blanketed with sands of white, endless schools of fish, and warm waters of the Indian Ocean, Maldives is a rich and vibrant culture that has captured his imagination. Hurry up and back your bags, Brian – sounds like heaven on earth!

Few have seen what intriguing things exist off the stern of an amphibious assault ship at sea – Brian is fortunate to have experienced one such occurrence while aboard the Bonhomme Richard. Just as a helicopter was landing, he witnessed a myriad of colors of a breathtaking sunset closing out the day over the Persian Gulf.

Yes, Balut. If you need to Google that, go ahead; not many people are familiar with this delicacy. Defined as a developing bird embryo, usually a duck, it is often boiled and eaten from the shell. Well-prepared Balut has a soft texture, and according to Brian, a sweet taste. That’s one way to expand your taste buds.

‹ Scotti Hollingsworth Return To Who We Are John King ›