With a competitive drive supporting her life’s motivation, Jenna grasps the role of mechanical engineer with fervor. Not only active in her personal time with hiking, swimming, and working out, she loves the friendly competition with others or just against herself to propel herself forward. A Flower Mound, TX native, Jenna hit the Centennial State to attend college and graduated from Colorado State University with a mechanical engineering degree. Wooed to BG by the pack of awesome office dogs, she fulfilled the challenge of coming up with different designs and managing deadlines with finding a way to make money and pet dogs all day – dream job, check. Jenna finds success in completing her to-do list and helping her colleagues accomplish a task – a wonderful pairing as she builds her expertise and shines as a valueable teammate. 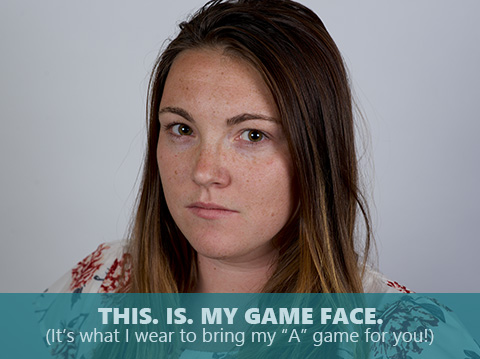 One of Jenna’s favorite childhood memories was when she and her friends formed a band called All American Girls. Sadly, before they were able to achieve gold record status, the group disbanded when music stardom was usurped by too many discussions about designing outfits and writing really bad song lyrics. The ultimate scratch on the proverbial record was the argument over who was going to be the lead singer. Oh, childhood dreams. All American Girls’ future was likely short-lived anyway; none of the band members knew how to play an instrument!

Jenna finds inspiration close to her heart – her grandma “Maama”, who led by example as she pushed herself to learn about different people, cultures, and ideas. With a dedication to honesty and compassion, Jenna was influenced by her grandma’s ability to illustrate those values to her family and everyone she met. Sounds like Maama was quite a lady!

Who’s Still in Their Pajamas?

Whether it’s viewing with hands over the face or eyes wide open, one can find Jenna glued to the screen watching (or rewatching for the millionth time) the bloody trail of who will sit on the Iron Throne. From the proclamation of several “rightful heirs” to be the ruler of the Seven Kingdoms, Game of Thrones has a special place in Jenna’s queue. Winter has come.

‹ Tanisha Bartlett Return To Who We Are Anthony Block ›