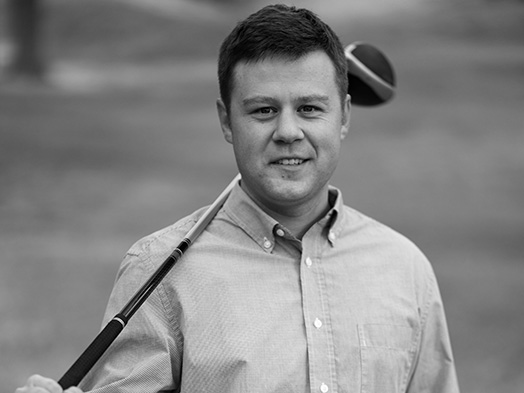 "Life is inherently risky. There is only one big risk you should avoid at all costs, and that is the risk of doing nothing."

Embracing the idea of being a part of something bigger than himself and understanding how things work, Nate loves a day ripe with satisfaction after contributing to the design of a building and knowing it operates. Earning a mechanical engineering degree from New Mexico State University, he blends his education and experience to collaborate with colleagues and clients to bring a project to fruition. Nate loves the unique thrill of seeing and using a building he had a hand in developing as well as the behind-the-scene knowledge of minimizing any project hiccups. With his a can-do attitude in his approach to work, Nate is able to juggle the busyness of a day with good communication across the team to and feel the sense of accomplishment once drawings “go out”.

I’ll Just Have One More…

If Nate could have dinner with any person, dead or alive, he would pick his grandpa. Grandparents often have sage advice for the next generation and Nate thought his Grandpa Paul was a very skilled and genuine man. Sounds like a great way to spend an evening, not only to catch up, but for Nate to ask him advice on an array of different things.

The story goes that a feisty guy returns to help search for his kidnapped grandson in this 1971 western action flick. What the movie truly captures is two of Nate’s favorite things – his superhero, John Wayne, and a memorable line uttered by The Duke, “You’ve come close, mister, but no cigar!” That’s an iterative saying with some lexicon staying power.

Sitting along the shores of Lake Victoria is a small Ugandan city, Jinga, is the home of the headwaters of the Nile. The Nile is the longest river in Africa and touts more than 4,100 miles of length, which is an impressive distance – and the coolest thing Nate has seen!

‹ Tori Anderson Return To Who We Are Jeremy Barndt ›